Philipines is where you find beauty and nature’s paradise 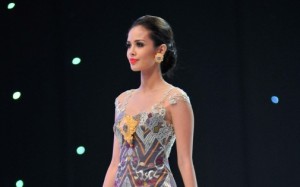 Our Philippine candidate Megan Lynne Young, arrived first World beauty contest, during a ceremony  in Indonesian, at the  island of Bali placed under protection because of the Islamist opposition.

The young woman, who was born in the United States, has left the country at the age of 10 years old.

A Film student,  she made ​​a few appearances on screen. Her dream is to get behind the camera and become a director.  She describes herself as  “an ambitious person”  who loves to read Harry Potter books and video games, according to Miss World website.

In the other hand,  Marine Lorphelin,  Miss France 2013,  has arrived only at the second step of the podium.